What is Multi Level Marketing (MLM)? 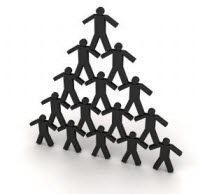 Multi Level Marketing is method of marketing where an individual or team is not only rewarded for making sales, they are also rewarded for sales made by others that they have recruited.

Recruits typically join what is commonly known as a downline, and this structure has the potential to generate multiple levels of sales and income for each person within the downline. Hence the term – Multi Level Marketing.

It is believed that the very first example of MLM was introduced in 1945 by the California Vitamin Company, who later became known as Nutrilite.

This particular MLM system allowed the sales team to earn a small commission on sales made by people that they had recruited into their downline.

Despite the obvious appeal of MLM systems, they are now widely regarded as potentially dangerous schemes to get involved with. So much so that in 2004 the FTC released an advisory letter that warned of the pitfalls of MLM schemes.

They stated that “Not all multi level marketing plans are legitimate. Some are pyramid schemes. It’s best not to get involved in plans where the money you make is based primarily on the number of distributors you recruit and your sales to them, rather than on your sales to people outside the plan who intend to use the products.”

In more recent times it has become easier for MLM companies to reach out and recruit people via the Internet, and this has resulted in greater exposure to the negative impact of MLM schemes on individuals.

It is now commonly regarded that any business operating an MLM scheme places greater importance on attracting new recruits above all else.

It is also believed that new recruits cannot earn anything near what is advertised, or what earlier recruits are able to earn.

As a result of the above, Work From Home Watchdog does not in any way support MLM schemes, and instead prefers more legitimate and proven methods for earning an income online. 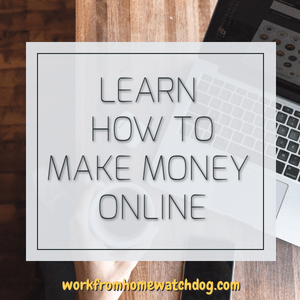